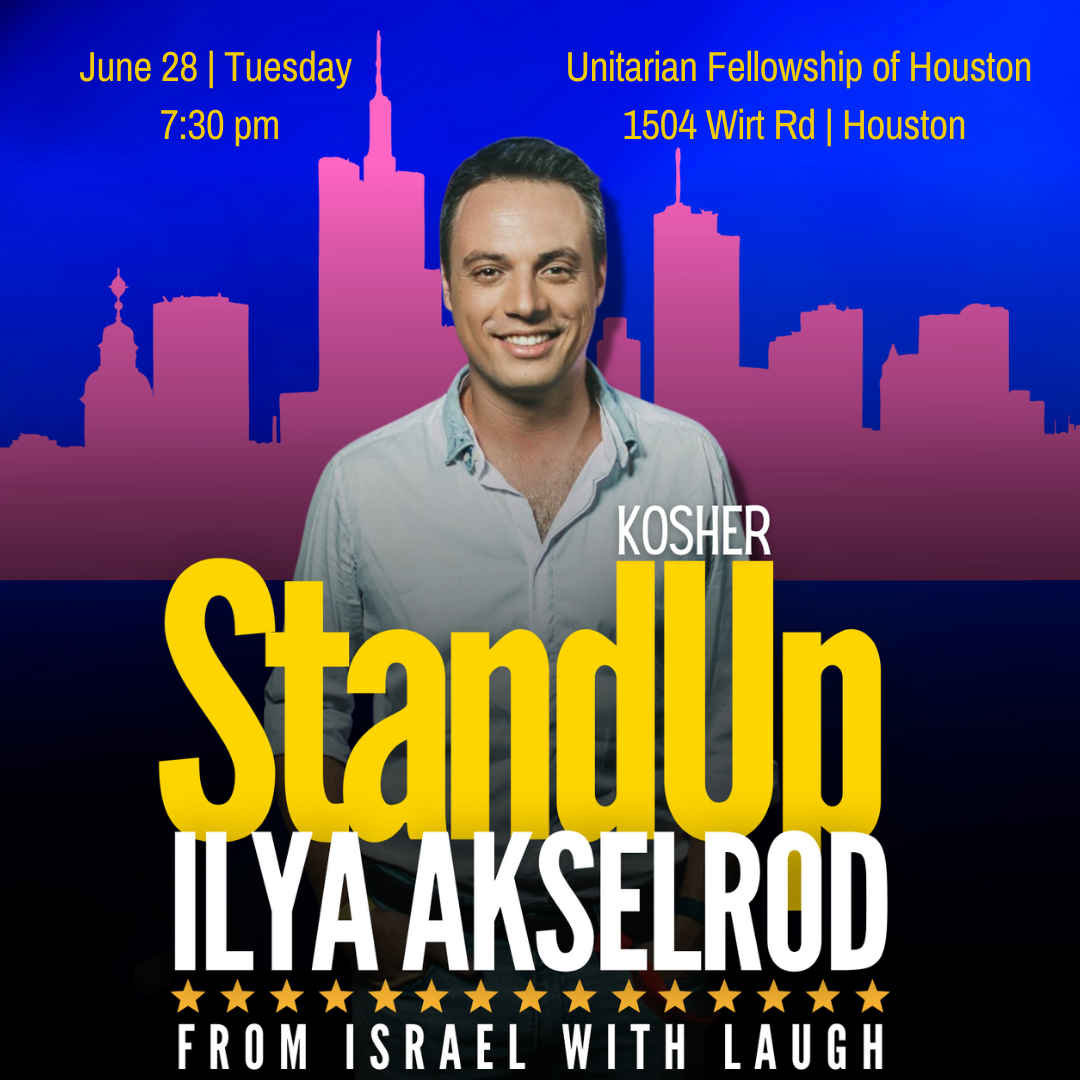 Cultural Center “Our Texas” brings you smiles and laughter and invites you to an exclusive stand-up comedy show “Kosher Stand-Up: from Israel with Laugh” by a Russian-speaking Israeli stand-up comic Ilya Akselrod. His one-day performance in Houston, TX will take place on June 28, 2022, Tuesday, at 7:30 pm at the Unitarian Fellowship of Houston.

Ilya Akselrod is well-known in Israel and outside its borders comedian, he is also a TV and Radio host, as well as a participant in “Kvartal -95”, “Comedy Battle” and “Make the Comedian Laugh” shows. Ilya is the only Israeli comedian who performs in the Russian language. 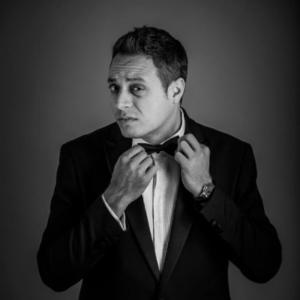 Ilya’s comedy is intelligent and sharp. His target audience includes critical thinkers of all ages. In his stand-up comedy show, Ilya talks about current problems in the era of technological advancement, his experience as a dad, and of course about what it means to be a Jew from Israel.

As Ilya puts it himself, no show is the same. He actively engages his audience and improvises with his material depending on the vibes during the performance bouncing unscripted jokes. “This is my favorite part of my job”, says the comedian.

“The Kosher StandUp: From Israel with Laugh” is making its debut in Texas! Don’t miss it! Sometimes it’s important to find humor and laughter during the most challenging times. Mark Twain once said, “The human race has only one effective weapon, and that is laughter”.