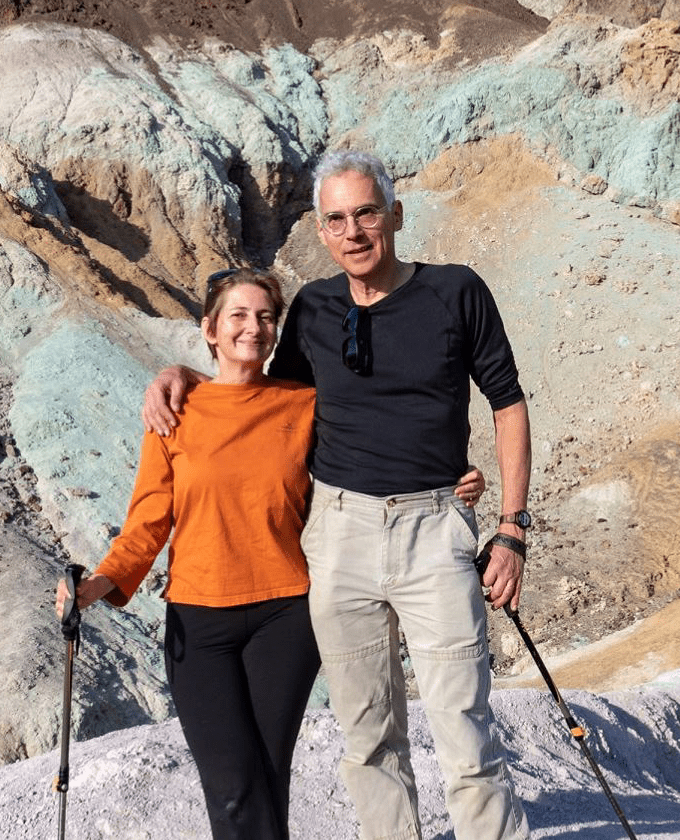 I got interested in photography at a fairly young age, helping my father to make black and white prints in a darkened room. We lived in cramped conditions in Soviet Moscow and each such printing occasion involved furniture rearrangement and blocking the light gaps under the door with towels. The most magical part of photography was the appearance of an image on a sheet of photographic paper floating in the developer tray.

During my stint in the Soviet Army my friend and I volunteered for videography and photography. That provided a great distraction from the oppressive routine and brought some amusement: just flip a negative over, and all the officers at a military oath ceremony now salute with their left hand!  (The officers were mystified by their pictures and suspected themselves of being drunker than usual at the ceremony.)

That was a striking example of how the visual story depends on point of view.

I haven’t done any actual developing or printing of my own photographs ever since.

I grew up and became a chemist, and got out of the Soviet Russia, and switched to biology.

I am still enchanted by the magic of image creation and fascinated by how much of what we think we know about the world depends on the point of view and the light angle.

The photographs presented here are taken during our travels to Africa with my wife Natasha Artushin.

Photography is not my job. It is my passion and a source of much joy. I cherish photography for the beauty it can bring but even more so for its special way of sharing the story.

The photographs presented here were made during our trips to several African countries with my husband Misha Tuvin.

I was born in Soviet Russia, behind “the iron curtain”, and always dreamt of visiting places I only read about. I got a glimpse of those watching the popular teleshow “Video-traveller’s Club” (“Клуб Кинопутешественников”).
Now that travelling to far-away lands became a possibility I seize my chances to see fantastic landscapes, unique ecosystems and disappearing cultures. And when I am there I strive to capture, and spirit away the distinctive moment, the incomparable light, the special isolated glance.

Making a photograph I am looking for a measure, for ratios and balances in composition and color which would transmit the feeling of my subject, tell the story I witness, create a presence. And at the same time I hope to find that boundary line where the reality of the subject ends and gets transformed into a symbol and experience.

All Photos Are Available for Sale. Call Us