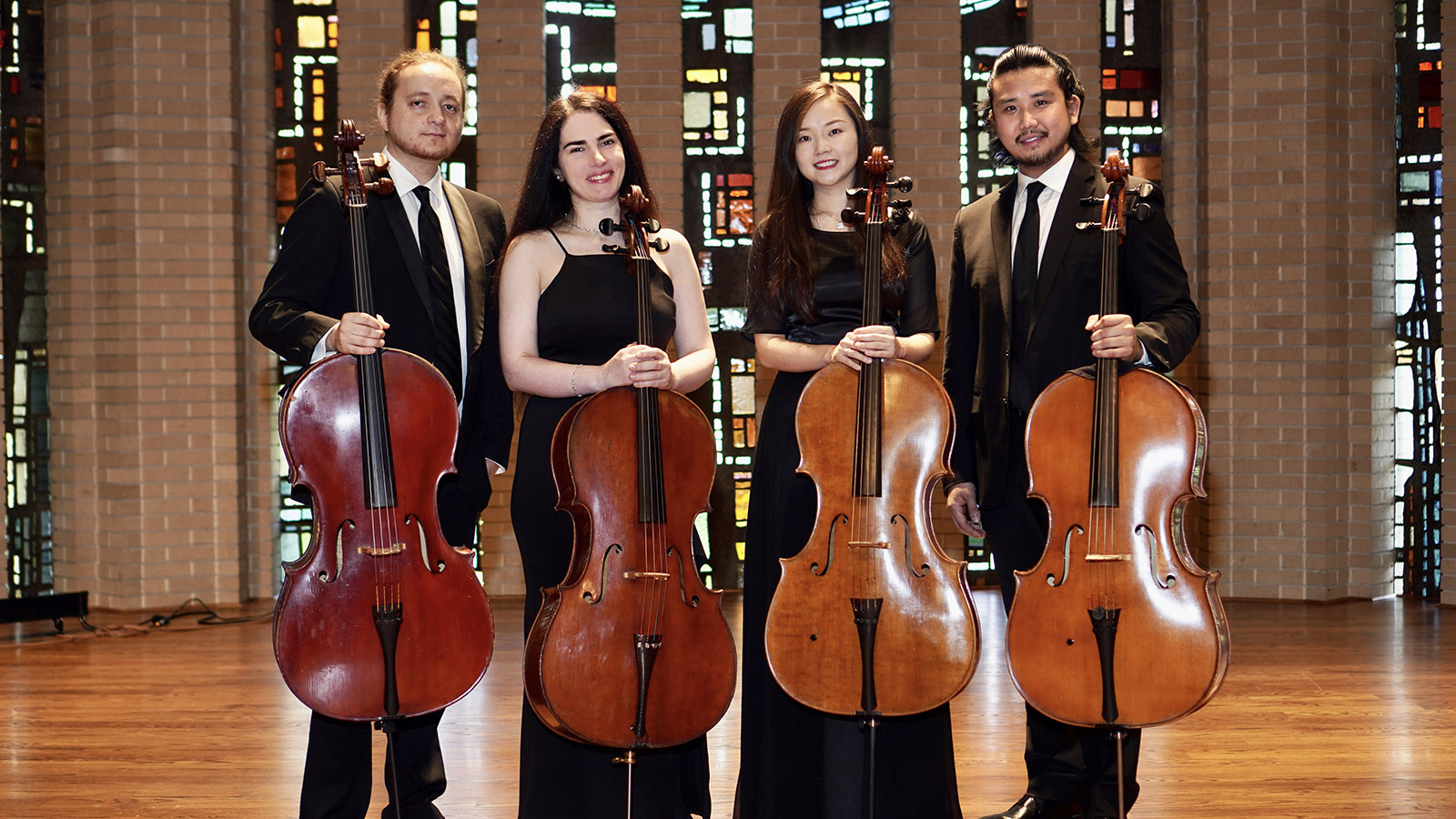 Russian Cultural Center is excited to host this Musical Event – RADIX Cello Quartet Tribute Concert to Vagram Saradjian – a prominent musician of Armenian descent.
The RADIX Cello Quartet was formed in May 2019 and comprised of cellists Hasmik Vardanyan, Vyacheslav Dobrushkin, Bing Wei, and Hyeok Kwon. The quartet has been invited to participate in the Tallowood Concert Series, the Southeastern Musical Art Series in Oklahoma, the Concert Series of the Houston Methodist Center for Performing Arts Medicine, Archway Gallery, and a benefit concert for Armenian children, organized by the City of Smile Charitable Foundation. The quartet has received high acclaim by Armenian and foreign critics. The quartet’s concerts have been reviewed in the “NOR HARATCH” bilingual (Armenian-French) article in Paris, Beirut, and LA.

Vagram Saradjian was being compared with Mstislav Rostropovich, his teacher of eight years at the Moscow Conservatory. Mr. Saradjian was a former major prize winner at the Tchaikovsky and Geneva International Cello Competitions.